Though EOC-2014 now rather belong to history some of it's vivid moments will long time be remembered by many. No doubt that Portuguese o-circus is the funniest and most entertaining I've ever been to! The circumstances we have witnessed during EOC are of such extraordinary character that I now truly believe organizing team was  unfortunate victim of witchcraft.
Somehow I'm sure all persons in charge will take all needed steps and measures to find out key reasons that stood behind the organizing collapse of EOC-2014 in Portugal. For us, who were running at EOC, there are plenty of data to analize apart from things initiated by bad "magic".

My personal dreams and hopes prior this champ were something different from what it turned out to be in the end. Quite low physical capacity during EOC week never allowed me to spread my wings.
In this "never-as-easy-before" terrain I was constantly pushing myself to the limit (and probably over it) still being slow compared to the best. I must confess this is a hard feeling for an ambitious runner.
Of course my winter training period was far from perfect and there have been even some motivation problems and some valuable running loads were lost at that time. The fact that I did not manage to go to any o-camp in winter was not playing for me either.Then I made the final commitment to prepare myself the best I can for EOC it was already a bit too late...

Started quite early on the list, but this was not a crucial factor in this kind of terrain.
2 bad misses to 6th and 10th, the second one was already too much, couldn't properly understand that my control was in pine forest, not in sand&bush area. Lots of smaller mistakes.

Men's Heat1 there I run was popular for misplaced control №18.

There were several other complaints from different countries concerning controls placement, taped route and map drawing, which in the end provoked "all-to-A-final" decision. 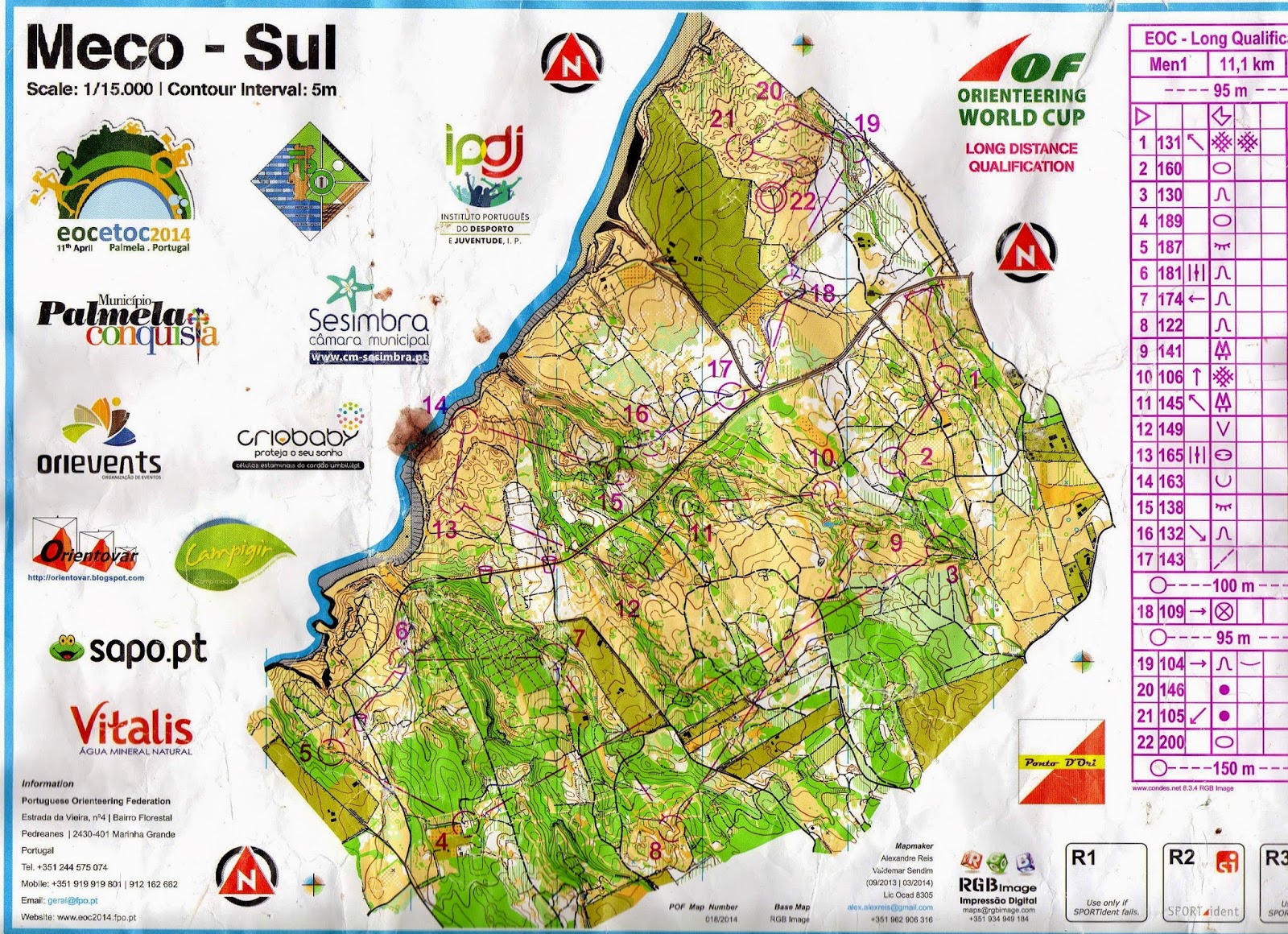 Still looking at the map I wonder what kind of problems it has to offer. Nevertheless my run was a complete disaster. In this thick thorny bushes I had it all. On a long run to 4th I didn't believe that few meters of dark green can considerably slow down my proceeding. That cost me almost 3 minutes.
Before 15th my qulification to"A" Final was still in control, but by that time I already grew tired.
Wrong turn to thorny bushes before 15th and same thing (was there a magnet I coudn't resist?) right after punching it threw me extra 4 minutes behind.. Patches of blood on my map is the best reminder of how stupid sometimes one can be.
WinSplits 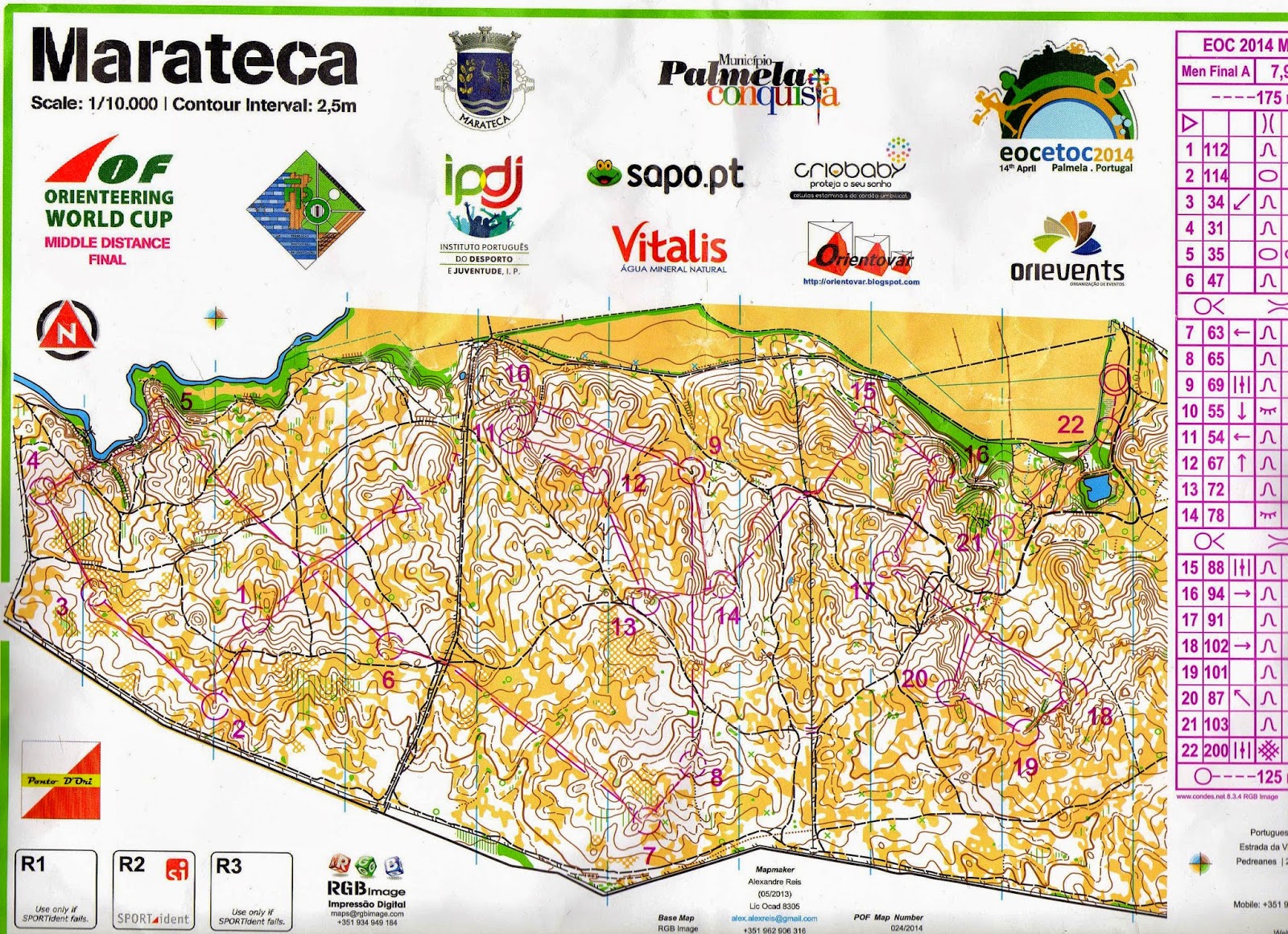 Cross-country runners dreamland..Low WRanking points defined my very early start and job of making a good path was all mine. My routechoice to 5th was a miserable one, came to low to the riverbank and then coudn't find a proper place for climbing back...1,5 minute lost and hard mental anchor to deal with for the rest of the race. Final results claimed that there is no better easy-terrain runners, than truly best orienteerers( in no matter what terrain) and that is fair.
WinSplits 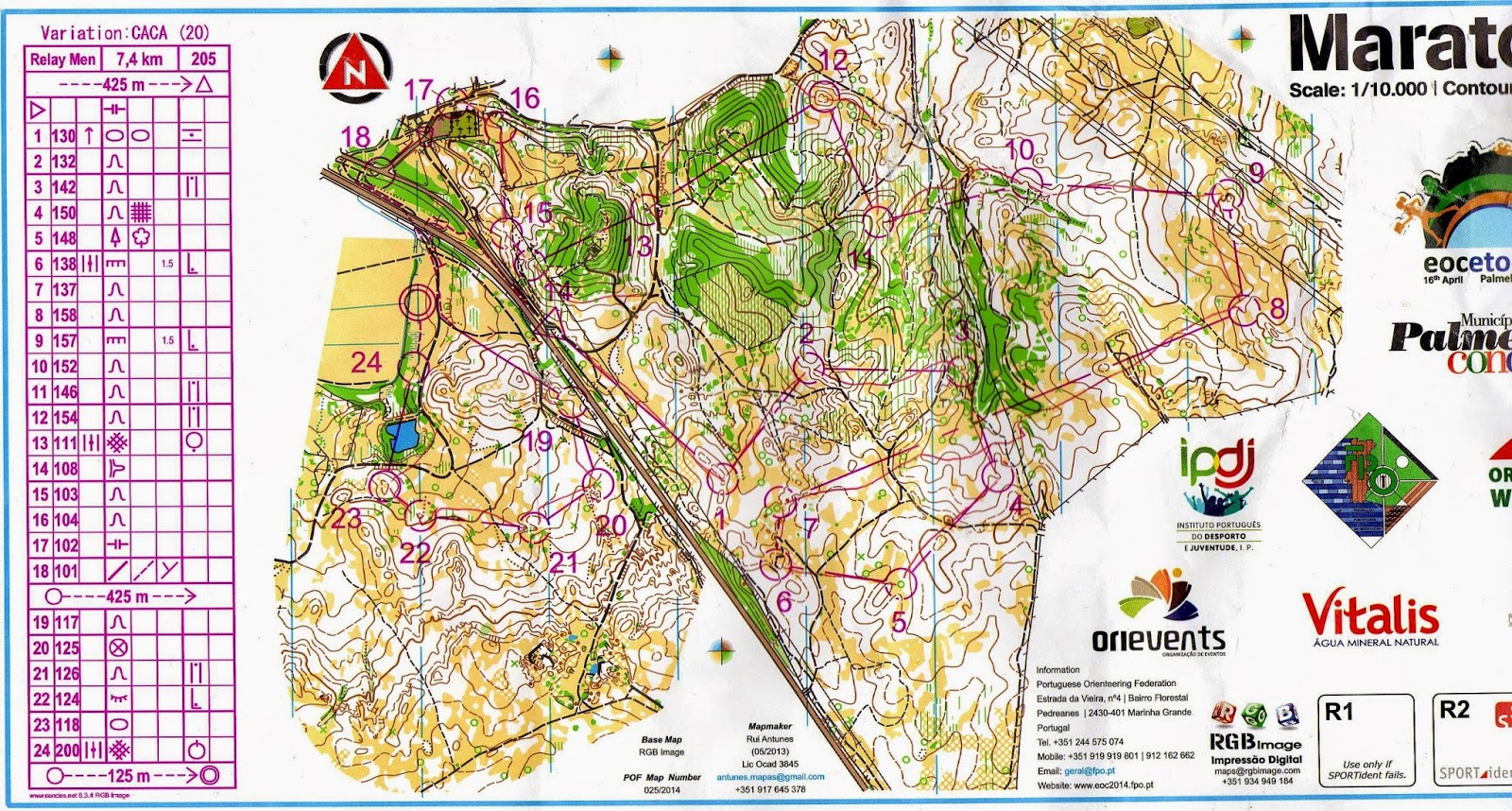 2nd leg in Russia-2 team. Stable race with long forking in the begining and some small mistakes here and there. Was confused by wrongly placed 13th control, came right to the place where it should be and find a tape hanging on the branch, but control was some 20 meters down, close to the road, behind unmapped bushes.
Our team finished 17th
Results
---------------------------------
ps. There is a long, long summer ahead with plenty of challengas and opportunities! Hope to update this blog regardless of my shape..Thanks!