Before coming to enjoy cool Finnish summer in the north I had a busy June tightly packed with all kinds of orienteering races. Kuopio-Jukola was another enchanting experience and another lesson on how to achieve maximum result out of low capacity. An annoying flu I had been going through for couple of weeks right before Jukola completely nailed me to the ground and made my long-time dream of having terrific solo night-show in 1st leg impossible. Nevertheless, proceeding smoothly through the race I gradually got to position 5 right before arena passage. Tiredness and my only miss on a whole course of 40 seconds three controls away from finish were reasons enough for giving about 10 places back. Rasti-Kurikka’s final placement in Kuopio-Jukola was 105th.Scrolling down through different o-blogs after Jukola I was glad to notice that for many runners this event stands alone with it’s unique atmosphere of main orienteering feast. Living same emotions with thousands of people is great, isn’t it?

After Jukola I headed to Karelian isthmus, which is a plot of land between Baltic sea and Ladoga lake, north of Saint-Petersburg and famous for having diversity of terrain types challenging for navigation. Quite interesting competition I run there was the Cup of Karelian isthmus, 4-days in a row event on a rocky landscape. 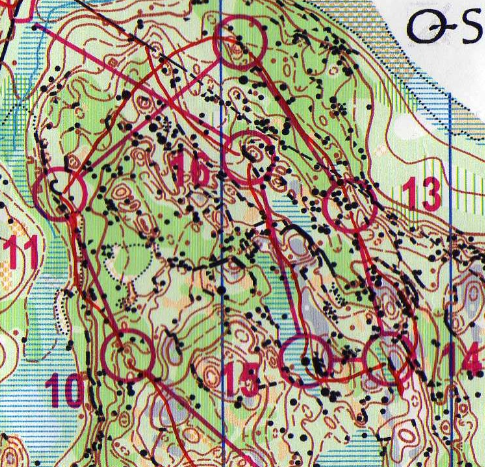 The second event was Svjatkin Memorial. Staying in a tent for a week, having nothing but wilderness around had been cool, even though I was tremendously tired by the end of it.


Finally in the beginning of July I arrived to Kuusamo for Fin-5 orienteering week. In my o-career I have never been competing so far north in Finland and thus was expecting to meet something very special there. Recognizable feature number 1 when travelling north is groups of reindeers nonchalantly walking along the road, rarely inclined to cross it. Most of the adult animals are gps-followed and in that way they’ve got better faith than the participants of Fin-5, there gps-devises were not in use during the week. Our accommodation on the shore of Pulkkajärvi was marvelous. Swimming in the lake at 1 a.m with almost overwhelming silence around, then you could hear nothing, but gentle stroke of your hands through the water, observing the horizon with distant clouds at nearly daylight conditions was ingeniously startling experience…Maybe it was at that point for me then unmaterialistic joy of existence sharply started to dominate over any possible competition targets. It wasn’t like I had not been trying…no. But loosing 35 minutes on Day 2, then for the last 4 kilometers of the course I was literally walking completely powerless was a good answer to everything.

Races 2&3 were mingled with the rest day in between and I eagerly joined my teammates for hiking trip on “Pieni Karhunkierros” or “Little Bear Ring”. Approaching the place it was amazing to see that for over a kilometer from official parking spots hundreds of cars were parked on one side of tiny village road in Juuma and it took time and efforts to find a spare place for our vehicle! That is what it takes when coming to the most popular hiking route in Finland on a rest day of Fin-5 with over 4000 participants! 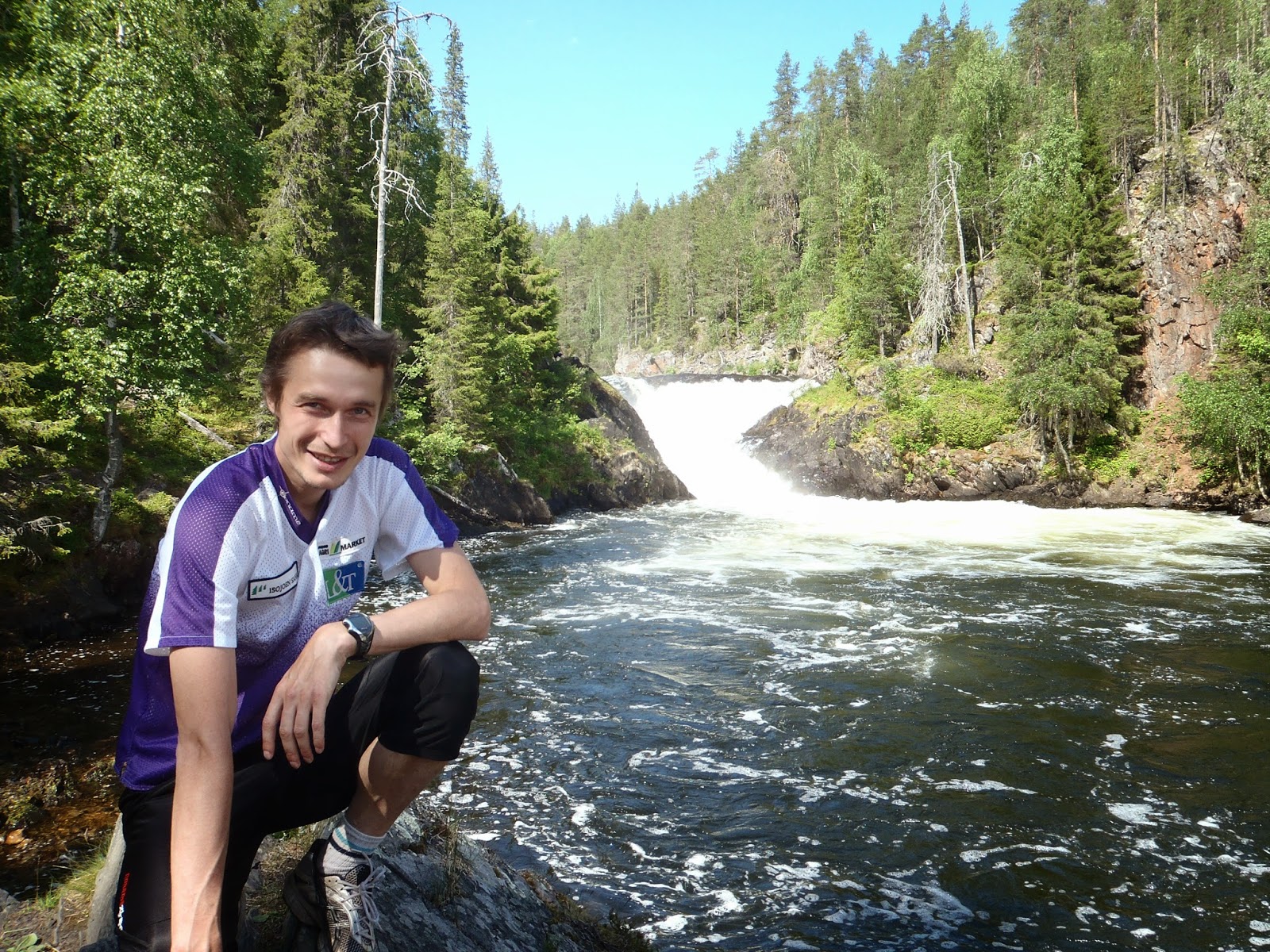 The main Karhunkierros route stretches from Hautajärvi to Ruka and as long as 82km. Most of the path goes through the woods of Oulanka National Park close to the border with Russian Federation. The hiking loop we took was 12 km long and pretty spectacular. I love to be out in nature and I love the way Finns treat their nature. The route is perfectly marked and goes along the cliffs edging Kitkajoki banks, crossing it in some places by suspension bridges and climbs big hills there you can easily get a feeling of bird’s flight. The whole tour is a monument to so simple and yet amazing northern nature. 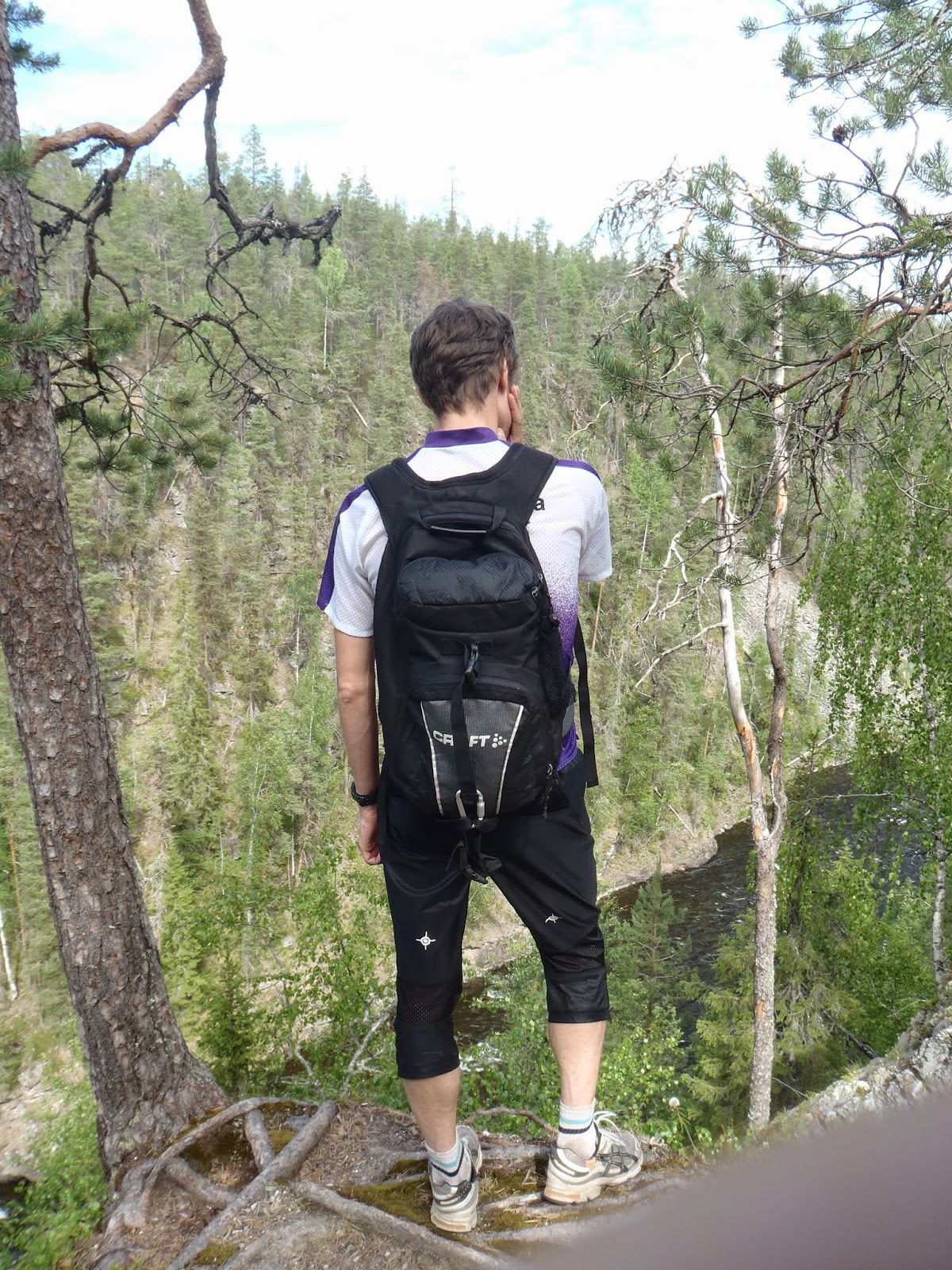 Needless to say, that idea of taking a longer route on a rest day between races 3 and 4 had appeared in a most natural fashion. My plan was to come to the starting point of Karhunkierros in Hautajärvi and proceed southwards until Juuma which is approximately 60km trip. As I didn’t succeed in finding anyone ready to join me on the trip the whole plan was close to disaster. But the thing is if I set my mind on something I do not give up so easily. Waking up at 6a.m to catch the only possible bus and running couple of kilometers from our cottage to the road were just starters for the day. Like a little hobbit in Middle Earth I enjoyed my journey with each step I’ve made, though it was a tough one. Out of 60km I managed to run for 40-45 km whole time with backpack of 3-4kg where I carried my food and water supplies. If you'll ever happen to be on the route you can find  the note I left in a guestbook at Taivalköngäs on 10th of July.The total length of the route is not the toughest part of it, in many places path is considerably narrowing and numerous roots comes across the way which makes it uneasy task for foot to find a proper place. Only God knows how many times I was screaming out of pain then hiting another tree root with my feet fingers. Also keep in mind undulating character of the course. In just 8,5 hours (incl. all the stops I had on my way) hobbit’s journey was over, leaving unmistakable taste of  adventure. No trace of bears was seen, but I guess I should be happy with that? I’m pretty sure that was the most unusual rest day I ever had between competitions! 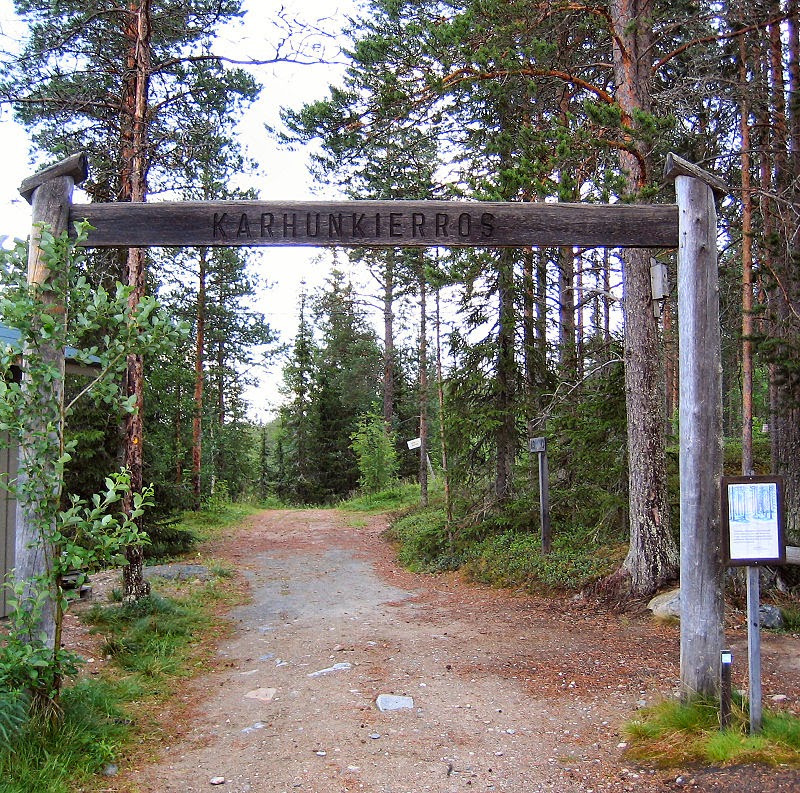