This story was initially supposed to narrate of my proud and happiness being qualified to my first ever World Champ..., but no, it didn’t happen and I won’t be running in Italy this summer.
Russian Championship in the end of May (which was also named as qualification for WOC) was 4-days in a row event with races 2 and 3 (middle&long) of primal character for selection to the Russian team. The other 2 races were middle mass-start and chasing start, based on the results of long. Really, I’m not inclined to blame myself for reaching places as 2nd, 2nd, 16th and 9th(actually, with clearly the best time of the day in chasing start) there. But I still feel a bit frustrated about the fact that my only disaster had found me on the day of long distance which recently proved to be my number 1 priority and there I was defending my gold medal from last year’s RC. It just didn’t work on that day, my body refused to move and I was spent already after 20 minutes of the race. Running on slopes of Khvalynsk Mountains in the heat 4 days without rest hadn’t been an easy task. Of course no one forced me to run all the races, but very naturally, as it was National Champ for each event, I signed up for all 4 days, being quite confident of my physical condition. Now it looks like that was where I little underestimated it…

You may wonder how it happen to be that I found myself only first reserve man to the team… Well, this year our interior qualification competitions consisted of 3 parts. First was Russian Cup in Tambov in the end of April and as it was only 1 week after boring and stressful EOC and furthermore was colliding with FinnSpring it didn’t take much time for decision to skip it. Russian Cup was followed by the block of sprints in Vladimir. Sprint in Russian way has a bad reputation and mainly for that reason I am not motivated to run it recently. Finally RChamp in Khvalynsk. One important thing to mention straightaway is that according to selection rules only winners of each discipline had got their place in the WOC-team and the rest of the team had to be selected by coach decision.

The amazing outcome of that qualification system (which looks good on paper without a closer look on it)is so that we have runners in both men’s and women’s teams who are not up to the level of Russian WOC-squad and it smells bad.
Here are to the left extracts of the course I had run in Tambov back in 2003 and the others on the right  occured to be men's WOC-selection course in 2014- "same place, same face"...(note that routes from 2014 are not mine) 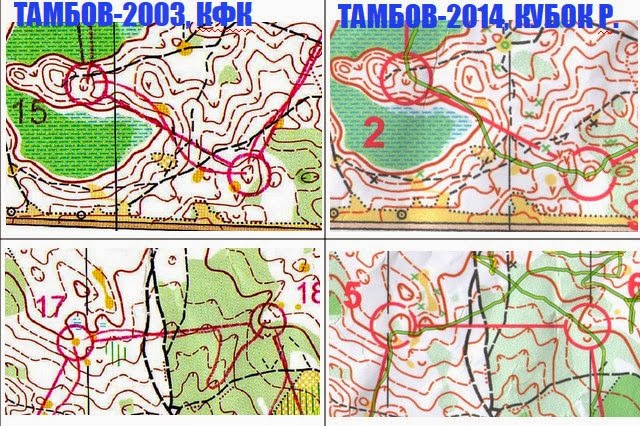 Unfortunately often in orienteering events in Russia we are facing the violation of fairness: not-updated maps known for decades by local runners and even courses exposed in advance. The other obstacle is that our qualification events often can’t have best runners to be presented there simultaneously due to inappropriate time they organized. Even if I say it now and even if I sent a letter to our head-coach with all the details I don’t appreciate and don't comprehend about our selection races I do not expect the whole situation to change rapidly. But something definitely have to be done there if we don’t want to face a situation then young generation of Russian orienteerers will consider it’s only possible to get to National Team by cheating means. 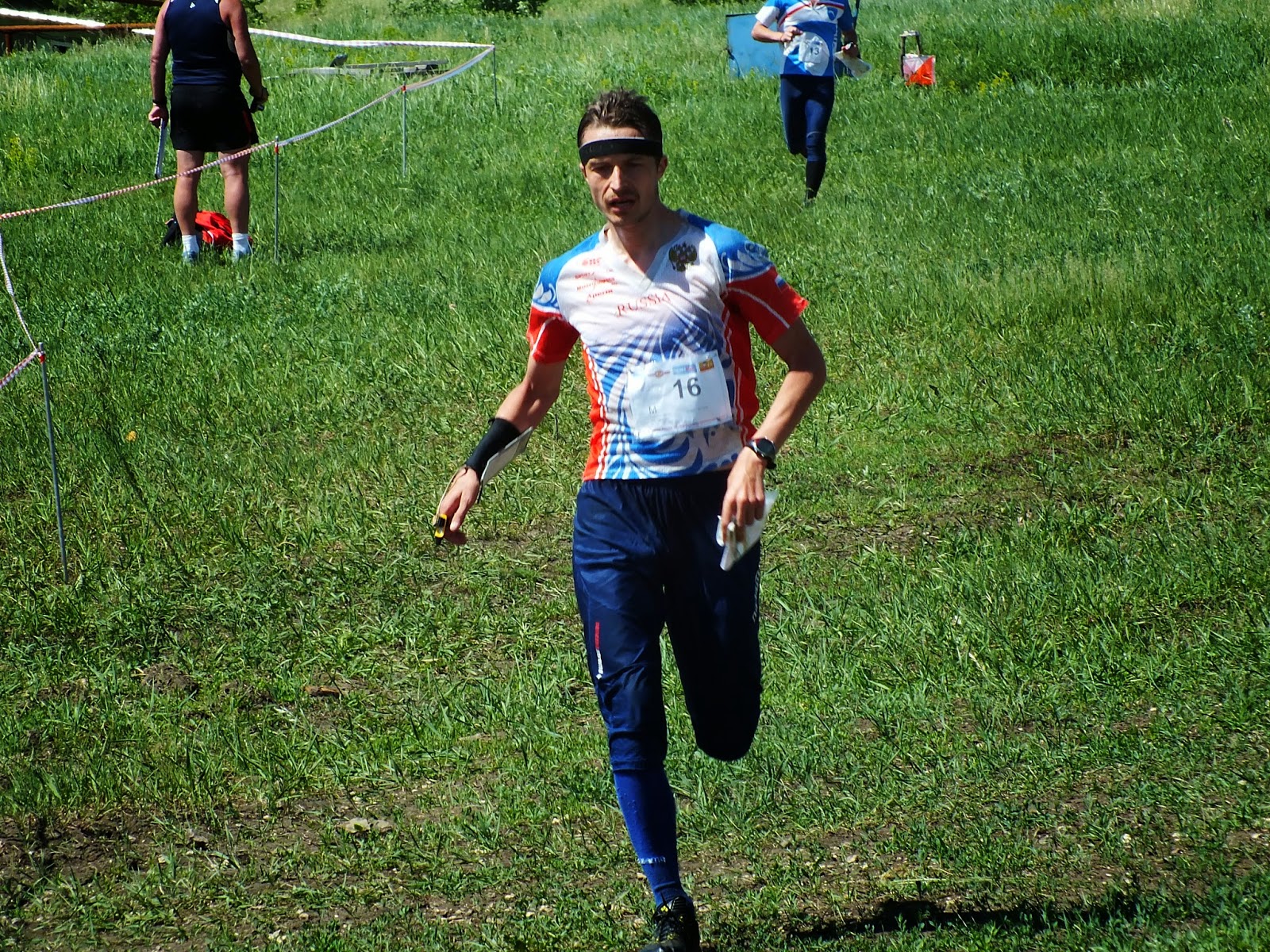 I must confess I took the fact of my qualification failure with philosophy approach. What do I really search at WOC? Making a tiny note in my lifebook that I was participating there?- Don’t think so. For an unbounded dreamer that cannot be the aim. And I see that for various reasons my current level can only allow me to participate with no chance of reaching anything close to my potential, like last autumn in Finnish Champ
But the summer is on and there is no really a space for melancholy. Remember to enjoy it, as it always proves to be short in the end!

All maps of Russian Champ in Khvalynsk: