The unspoken rule of writing stories after big o-relays says that if you were running in the team which narrowly escaped morning mass-start and even further than that, was disqualified, don’t be in hurry, take your time, let first the podium teams reveal all of their joy and glory and only then bring all the ugly details of your well-predictable defeat)
Since my first Tiomila in 2001 I’d gone through many occasions on different legs which are worth to remember. Probably the strongest memories of all are still kept from 2010, then after great runs made by my teammates from Tampereen Pyrintö I started out on 9th leg in the lead, with Kalevan Rasti and SK Halden at my back. That year we ended up 4th.
But currently (or finally?)in 2014 I’m not hunting for any relay glory and just helping my modest club to do their best. For the first time in my life I was running 10-Mila in a team which consisted of 2 different clubs: Rasti-Kurikka and Ylistaron Kilpa-Veljet, 50/50. Our try a week earlier in FinnSpring-relay with Tapio run 1st leg and me 2nd had proved reasonable and was welcomed again.
According to 10-mila leaflet 2nd leg this year almost completely belonged to daytime and required no extra-light. But while warming-up I had noticed that barely everyone in the area had headlamp! “Wow,really?! Maybe they know something I don’t?” In quite a hurry I had found our coaches and after brief discussion put a small light on my head. Felling of security is still prevailing in our sport!
Tapio run a cool race and arrived to exchange gates right on schedule. This time that meant  +4.51 and position 125.

Leaving the K-point I saw a pack of teams ascending big ridge straight away, but I continued further along the slope. That proved to be a nice decision as I hadn’t any back ahead of me and was capable to keep a good pace. The 1st control I had was 1 min slower compare to the other one and I had found myself there alone, then seeing only couple of runners on the way to 2nd. In the tricky detailed area I managed to run swift and precise passing many people there. At control 164 (little over ½ of race) my personal time was only losing to 6 runners from faster gaffling(45sec to the best of them), but when it started to get worse.
After 167 I started to read myself 3 controls ahead and then I have made this interesting discovery I was totally lost and confused for a while! At the time 10-mila night began to deepen my small headlight came to life and it had been very helpful for mapreading. With slightly twisted ankle, one big loss on second last control and couple of smaller ones I exchanged at 48th place, 4.30 behind the lead.
Splits of my forking 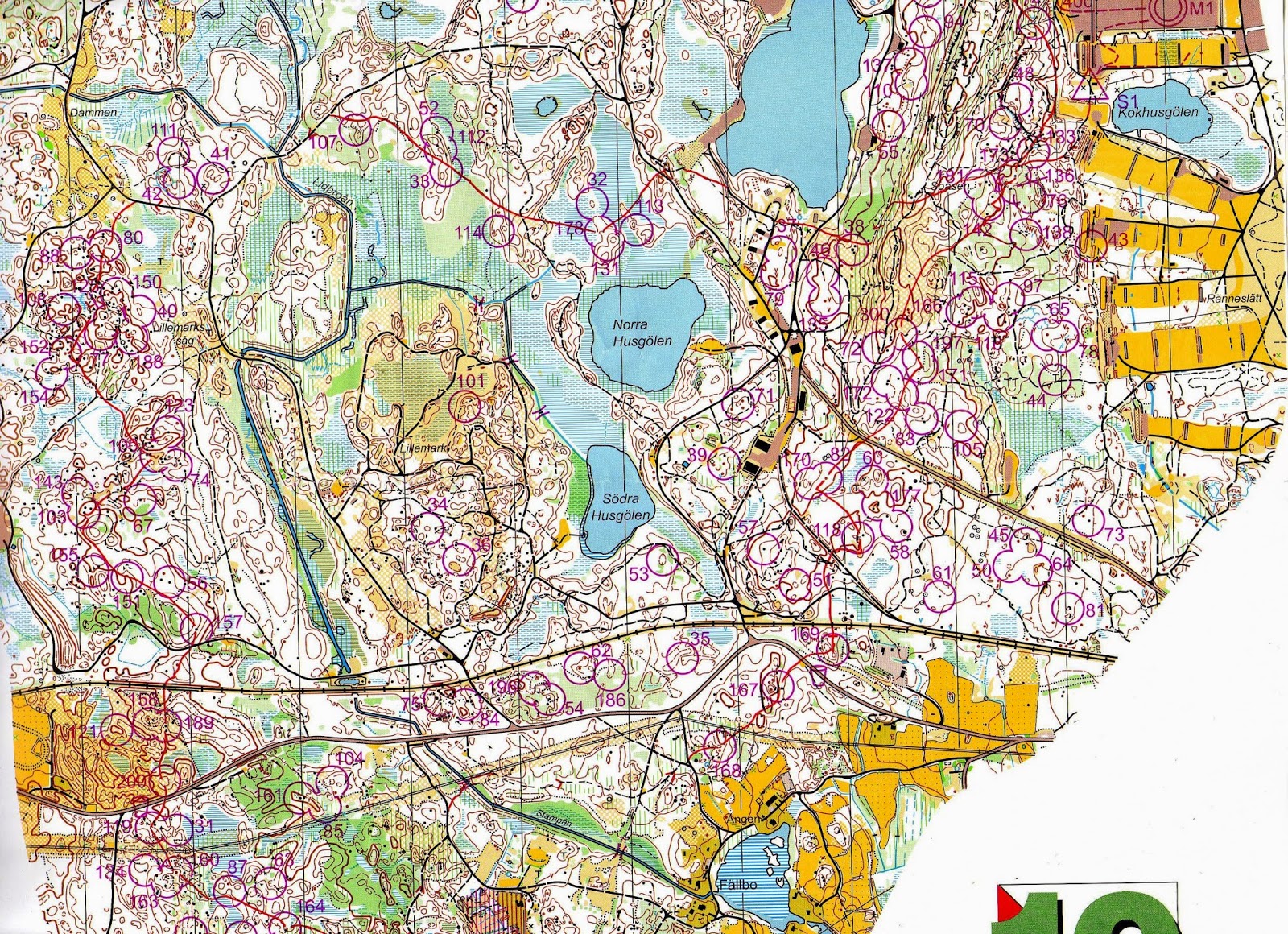 Unfortunately, our 9th leg runner Tuomo Istolahti forgot to punch one of the controls and we were disqualified.

After 10-mila I spent another week in Finland and took part in Uudenmaan Rastipäivät 10.-11.5
First race went quite ok technically, but during Sunday event I felt fatigued of previous week loads and bad sleep over the night and couldn’t handle precise orienteering all the way through 9,2 km course.

Routes from both days can be found here:
Day 1
Day 2
For more details please visit organizers page http://www.risu.fi/
Next dish on the menu is Russian championship in 2 weeks time there I'll undertake another attempt to qualify for WOC what have never been an ocassion before.
Posted by Unknown at 13:10